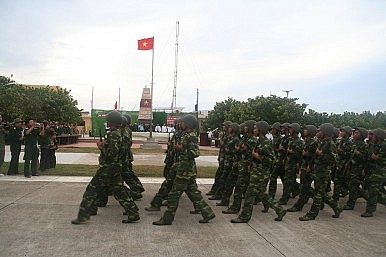 Last week, Vietnam and South Korea held the latest iteration of their defense dialogue. The engagement offered some insight into both the ongoing collaboration between the two countries as well as what they have their eye on for the future as well in terms of areas for expansion.

As I have observed previously in these pages, Vietnam and South Korea share a defense relationship as part of their wider ties, which were established in 1992 and then elevated to the level of a strategic partnership in 2009. The defense component of ties involves various aspects, including visits, exchanges, and dialogues, and it is rooted in the inking of several previous agreements such as the Memorandum of Understanding on mutual support in UN peacekeeping operations and humanitarian assistance and disaster relief in 2006.

Among these is the Vietnam-ROK Defense Policy Dialogue, which occurs annually between both countries and is held at the deputy defense minister level. The last iteration of the dialogue between the two sides was held back in November last year in Vietnam.

Last week, the defense aspect of the relationship was in the headlines again with the holding of another iteration of the Vietnam-ROK defense policy dialogue. The 8th Vietnam-ROK Defense Policy Dialogue was held from June 18 to June 22 in South Korea.

The dialogue, which was co-chaired by Vietnamese Deputy Defense Minister Nguyen Chi Vinh and his RoK counterpart Park Jae-min, saw both sides discuss both the state of their defense collaboration as well as other regional and international issues of mutual interest, with several ongoing and upcoming developments including Vietnam’s holding of the annually rotating ASEAN chair next year.

Apart from the defense dialogue, Vinh’s trip to South Korea, along with a high-ranking defense delegation from Vietnam, also saw him undertake a number of other defense-related interactions as well that were tied to the visit. This included meetings with the head of the Defense Acquisition Program Administration (DAPA) and the President of the Korea International Cooperation Agency (KOICA), as well as a scheduled visit to South Korea’s peacekeeping training unit.