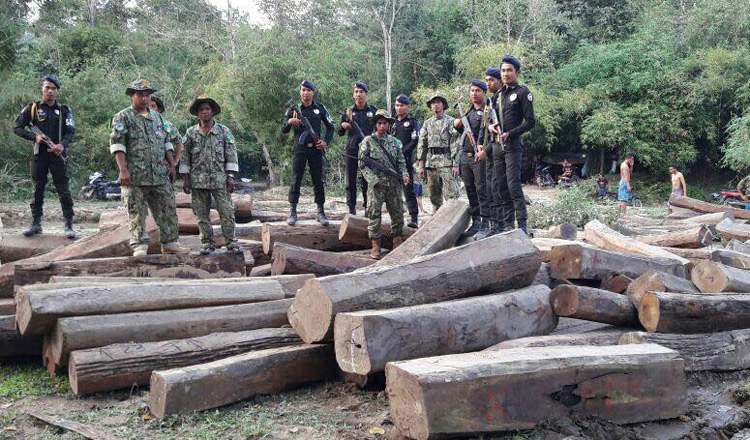 The National Assembly’s security commission has requested its Lao and Vietnamese counterparts to increase their participation in curbing transnational crimes such as timber and drug smuggling, and human trafficking.

The request was made yesterday during an annual meeting in Phnom Penh held between National Assembly security commissions of each country. Nguon Nhel, first vice president of the National Assembly, presided over the meeting.

Mr Nhel said Cambodia, Laos and Vietnam must continue to strengthen their oversight roles in following up with law enforcement agencies on matters regarding security, stability and public order, especially to prevent transnational crimes.

“Although we have achieved many positive outcomes, challenges lie ahead, such as human and drug trafficking, illegal trading of counterfeit goods and illegal logging,” he said.

Mr Nhel said the governments of the three countries in over two decades have worked to achieve results in the sectors of trade, investment tourism and culture.

He said current regional and global situations are evolving rapidly in a complex and unpredictable manner and that these situations have threatened smaller countries in the region.

“Faced with the current situation, it is imperative for us to step up our efforts to maintain order based on international laws and widen cooperation between Cambodia, Laos and Vietnam with a shared vision and common stance to avoid falling into the trap of competition between powerful countries,” Mr Nhel said.

“We need to consolidate our solidarity as one to counter the ill-intentions of any powerful country in the region,” he said.

Tran Ngoc Khanh, a member of the Vietnamese National Assembly’s security commission, said the relationship between the three countries was strengthened during the last annual meeting.

Mr Tran said aside from ensuring security and political stability, the commissions have also aimed to reduce poverty and develop socio-economy in the region.

“I do hope that the cooperation between our three commissions will become even closer and more effective,” he said. “[We hope to] contribute significantly to socio-economic development and ensuring national defence and security, including by maintaining social order and safety of each country.”

“We have obligations, and we exchange information with each other in order to prevent security issues in our three countries,” he said.