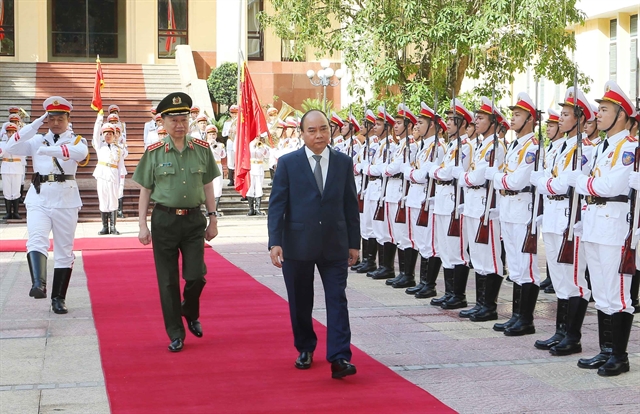 Speaking at a conference held by the Ministry of Public Security in Hà Nội, he said this is an especially important task because Việt Nam was elected to become a non-permanent member of the United Nations Security Council for the 2020-21 term and will assume the ASEAN Chairmanship in 2020.

“The police must ensure political security and social order and safety, as this is a major political task and a historic mission of the public security sector as well as each officer,” he said.

A report on the sector’s performance over the past six months was delivered by Deputy Minister of Public Security Bùi Văn Nam, highlighting the achievements in the prevention and control of crimes, especially organised crime, loan sharking, murder, economic crimes, smuggling, drug crimes and online gambling.

“The ministry has sped up the settlement of economic and corruption cases, and busted many big cross-border drug rings,” Nam said.

The sector has handled a total of 59,433 criminal cases from the beginning of this year, including almost 13,190 related to drugs with 20,070 people and nearly 5,000 kg of methamphetamine involved, he said.

Apart from streamlining the organisational apparatus, the sector has worked hard to ensure security and order in localities, he said. — VNS