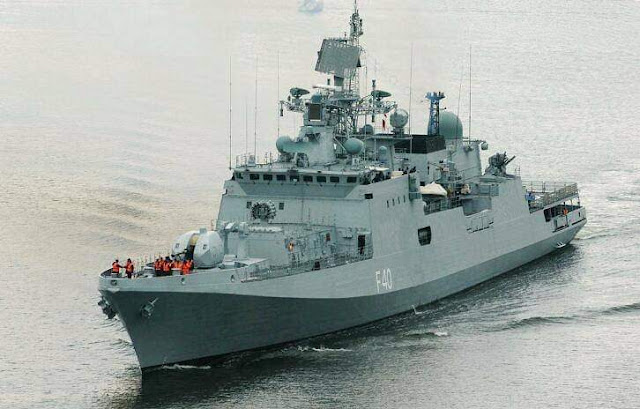 The Vietnam People’s Navy (VPN) has started discussions with Russian state-owned arms export agency Rosoboronexport on a possible acquisition of larger warships than the current Project 11661E Gepard 3.9 class frigates, four (4) ships which are active in its arsenal.

Interest was made on the export version of the Russian Navy’s Project 11356 Admiral Grigorovich-class frigates (Krivak IV), and also to the larger Project 22356 Admiral Gorshkov-class frigates. Both designs are larger and more capable than the VPN’s Gepard 3.9 class.

Sources from Vietnam believe that the VPN is interested in at least 2 new ships.

Currently the Project 11356 has been exported to India, with 2 ships being built in Russia allocated for the Indian Navy, while also granting license production to produce 2 more frigates in India. The ship has a length of 125 meters, a full displacement weight of 4,000 tons, has a maximum speed of 30 knots powered by 4 gas turbines engines in Combined Gas and Gas (COGAG) configuration.

The Project 22356 is the export version of the Project 22350 being used by the Russian Navy. It has a length of 135 meters, a full displacement of 4,750 tons, and a maximum speed of 30 knots powered by 2 diesel and 2 gas turbine engines in Combined Diesel and Gas (CODAG) configuration.