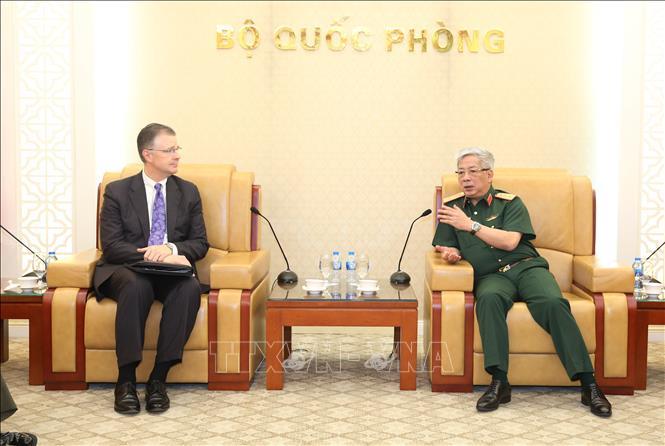 Hanoi (VNA) – Deputy Defence Minister Sen. Lieut. Gen. Nguyen Chi Vinh on September 27 suggested Vietnam and the US push ahead with cooperation on navigation, maritime security and the settlement of war consequences.

Vinh made the call at a reception for US Ambassador Daniel J. Kritenbrink and a delegation of the Strategic Planning and Policy Directorate of the US Indo-Pacific Command.

He said the cooperation will contribute to peace, stability and development in the Indo-Pacific region.

At the reception, Ambassador Kritenbrink described security and defence cooperation as a bright spot in the Vietnam-US relationship, and expressed his belief that the good relations between armies of the two countries will be enhanced in the time ahead.

Major General Stephen Sklenka, Director of the US Strategic Planning and Policy Directorate, briefed the host on outcomes of the meeting between his delegation and representatives of the Foreign Relations Department under the Vietnamese Ministry of National Defence.

The two agencies reached high consensus on the building of roadmaps and plans to promote the implementation of the cooperation programme between the two defence ministries in 2019 and the years to come, he said./.